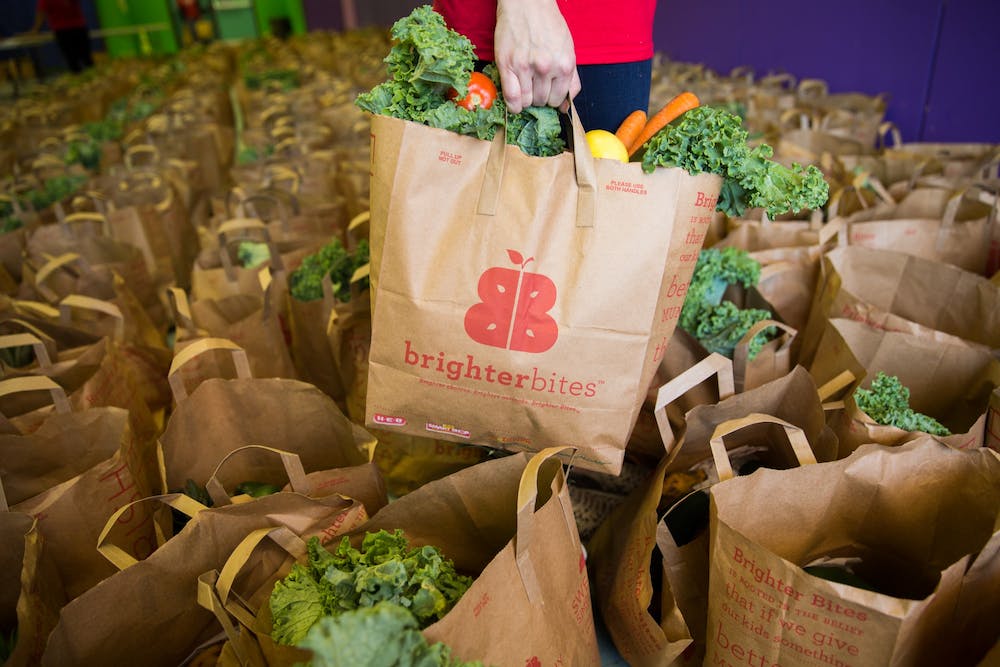 Rice Management Company has entered a multiyear partnership with Brighter Bites, a nonprofit focused on addressing food insecurity and health education, according to a Sept. 16 press release. Rice Management Company is currently developing The Ion, an under-construction tech hub in Midtown, as well as the South Main Innovation District in the surrounding neighborhoods of Midtown and Third Ward.

According to Sam Dike, manager of strategic initiatives for Rice Management Company, the partnership will start by providing 100,000 pounds of fresh produce to students at Blackshear Elementary over the course of the school year, which is in the Third Ward, as well as to nearby families. According to the Baker Institute and Sankofa Research Institute’s Third Ward Needs Assessment, in 2019, 51.43 percent of Third Ward residents screened positive for food insecurity compared to the national rate of 11.8 percent.

In July, the Fiesta Mart across the street from The Ion, one of the few grocery stores that served Third Ward and operated in a building that had been leased from Rice University, closed, drawing attention to the issue of food insecurity in the neighborhood. On Tuesday, Greentown Labs, a climatech startup incubator based in Massachusetts, announced that they would be expanding to open a Houston incubator, as a part of the South Main Innovation District, in the space formerly occupied by the Fiesta.

Rice Management Company plans to expand the partnership with Brighter Bites to other schools in the neighborhoods surrounding The Ion, the currently under-construction tech hub in Midtown, and the South Main Innovation District, according to Dike. Dike said that Rice Management Company has a three-year partnership with Brighter Bites, and plans to support more students and families in the neighborhoods surrounding the Innovation District.

“By the third year, we hope to be serving close to 1,000 underserved families and distributing half a million pounds of fresh produce,” Dike said in an email.

Dike said that Rice Management Company began discussions with Brighter Bites in June on how the two groups could work together to support healthy food access in neighborhoods near the Innovation District.

Enjoy what you’re reading?
Signup for our newsletter

Kirk Jackson, an urban planner who works in Third Ward, said that he hoped the program would expand to other schools and families in need.

“Whatever can be done to minimize the food insecurity issue of hunger within any family or any community or neighborhood is a step in the right direction,” Jackson said.

Some organizers feel that Rice Management Company still needs to be legally obligated to provide benefits to Third Ward residents. Uyiosa Elegon, an organizer for the Houston Coalition for Equitable Development without Displacement, said that while he was appreciative of the partnership between RMC and Brighter Bites to provide fresh produce to Blackshear students and families and thought it was important, Rice Management Company should consider the entire Third Ward community through a community benefits agreement.

“If we really are serious about it, these little things they’re doing […] are just facades of real community engagement,” Elegon said.

“Third Ward is precious to so many people across Houston in different neighborhoods,” Neal, a Jones College senior, said at the coalition meeting on Tuesday. “The community benefits agreement is all about putting our trust in the community.”

“I think that myself and a few other people in the neighborhood, civic and organizational leaders, are working on a model to create almost a grocery setting using the existing food resources that are in the community […] that’s a model that I’ve talked about with the Rice Management people, they’re helping me put together as well,” Jackson said.

Elegon said that out of anyone, Rice University as a developer should be the first to show how to do community development with integrity as its biggest focus by holding themselves accountable to Third Ward residents.

“A [community benefits agreement] is great, and really important, however, it is a tool to make sure that we are all responsible to one another, and right now, Rice University is not responsible to Third Ward residents and that has to change immediately.”

Jackson said that Rice should take on the responsibility of making sure that things like food insecurity, hunger, housing, jobs and economic opportunity in Third Ward are addressed as they move into the neighborhood.

“I do think they have a responsibility to make sure that billion-dollar ideas aren’t coming in the midst of some child going hungry two miles away,” Jackson said. “I’m personally hoping that there’s possibilities for everybody with the development of The Ion. I hope there’s something in it for me. I hope there’s something in it for my children. From past experience, often people are left out, but I hope it’s all inclusive.”